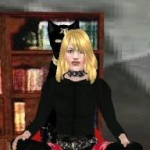 The problem with earthlings is that they often do not get the game played. This game is called "survivor". In principle one should call it "last survivor". There are many psychologically and psychiatrically good documented cases that show how this game functions.

This game is the general rule. The vast majority functions this way. Call it the "realm of necessity". The "realm of freedom" (to feel the beauty of a forest in freetime for example) is just an effectless metaphysical bubble. The realm of necessity and the surviver game finally will cut the last tree as well.

It is triggered by Aristotle*s A=A-thesis, the leading dogma of the Roman applied philosophy. There only exists one perfect image, and this is the first one. Anything coming after only can be thought of as a "sick" deviation.

But this image is a fixed idea in a backworld beyond, such as the theology of Augustine formulated it later to absurd perfection; a for living human beings never reachable "god imago".

But, nevertheless, some feel nearer to this image than others, namely wealthy and powerful persons. In former times these were kings like Louis XIV, today these are managers and people the like.

Recently the head manager of Goldmann-Sachs, Lloyd Bankfein, uttered a remarkable sentence: "We are doing the work of God".

Bankfein*s parents were poor people, and he had to work as child already, selling canned beer in comission for a laughable provision.

This showed him how far he deviated from the image, the god whom he obviously adored.

Now, the most silly idea is to become one with this abstraction, that indeed isn*t anything other than a "donkey-follow-carot-construction".

Because a stick is fixed at the donkey*s head and the carot dangles from an at the end of this stick knotted thread in front of the donkey*s nose, he never can reach it.

But most people believe in this illusion and the higher value of competition to reach the carot. The only thing that finally survives, is this abstraction itself, a dead nothing indeed that already today tries to submit all the poor people to this abstraction. Numbers count more than life then.

The respective "survivor" does not get that he will be poor at last as well, because the next survivor will cheat him etc., ad finitum.

Everyone "infected" by this "bad meme" believes that he could be the last survivor.

Survival of the fittest? This is their very lame excuse....

Indeed this is a deadly game because no synchronic structure wants memory. Memory reintroduces diachrony, and this way the arrow of time that can trigger evolution.

In doing so diachrony puts the synchronic powers (the simulation) into question, the core code that only is interested in self-repetition and -reproduction (most rituals are repetitive; this is the magickal power of the "eternal same").

Shamanic stories often thematize the dispute between synchrony and diachrony, that in fact is a conflict between "0" (synchrony) and "X" (diachrony, dimensionality).

But without "X" any system will end in homoeostasis at last; we can see the decay already considering the monetary development that is not to stop by system inherent means.

How does a "X" come into the world? It uses redundancy as its source of energy, and not the well embedded and encoded increasingly petrifying information (like Lloyd Bankfein for example). To disregard that was Shannon*s main error.

Can one simulate such a prototypic behavior? No. Otherwise it were none.

The forests will echo with laughter...